Abstract: A network (or graph) consists of a set of nodes and a set of edges connecting the nodes. Networks model many real-world phenomena in various research domains. Examples include technological networks such as the Internet, information networks such as the World Wide Web, social networks such as Facebook, ecological networks such as food webs, or biological networks such as protein-protein interaction networks. The study of these complex networks involves researchers from many different disciplines, e.g., computer science, engineering, biology, mathematics, physics, and sociology, which has led to formation of numerous interdisciplinary fields.  Owing to the exponential growth of real-world network data, the complexity of the networks has become the central issue in their modeling and understanding. Hence, there is a need for sophisticated mathematical and computational techniques for analyzing the networks to gain insights into their function.
I will present my mathematically rigorous graph theoretic approaches for analyzing, modeling, clustering, and comparing (i.e., aligning) large real-world networks to enable efficient extraction of functional information solely from network structure (or topology). Thus far, I have been applying my methods mainly to biological networks, e.g., networks of interactions between proteins in the cell, to address many important problems in biomedicine, such as identifying novel disease genes and drug targets. Efficient extraction of meaningful functional information from biological networks could yield valuable insights into complex biological mechanisms in the cell and deepen our understanding of biological function, disease, and evolution.  In addition, since my methods rely on network topology alone, without using any functional information external to it, they can easily be applied to other network types, such as social networks – networks of friendships and acquaintances or on-line social communities. E.g., I will illustrate the application of network analysis methods to studying how our friendship networks shape our lives, as well as to de-anonymizing on-line social network data, thus impacting user privacy.

Biography: Tijana Milenkovic is an Assistant Professor in the Department of Computer Science and Engineering at the University of Notre Dame. She got her Ph.D. in Computer Science at the University of California, Irvine in 2010, her M.Sc. in Computer Science at the same university in 2008, and her B.Sc. in Electrical Engineering and Computer Science at the University of Sarajevo, Bosnia and Herzegovina, in 2005. Towards finishing and upon obtaining her Ph.D., she was a visiting researcher in the Department of Computing at Imperial College London. Her interdisciplinary research is in mining complex real-world network data: she designs graph theoretic and computational algorithms for network analysis to extract important functional information from the topology of biological, social, and technological networks. Her research efforts resulted in two book chapters and numerous publications in high-impact journals such as Science, Proceedings of the National Academy of Sciences of the USA, Journal of the Royal Society Interface, Journal of Proteome Research, and BMC Bioinformatics; several of her publications have been labeled as “Highly Accessed” and “Highly Visible” by the respective journals. 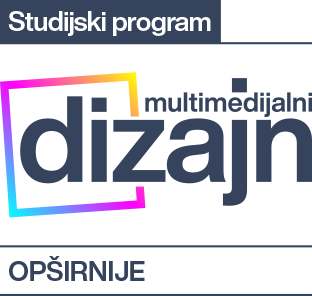